This month’s blog post asks a lexicographical question: when you are creating a bilingual thesaurus of medieval England, what sort of boundaries do you need to place around particular semantic domains to prevent ‘data explosion’, i.e. the problem of simply having too many words to deal with?

The post will focus upon one particular domain, Trade, and will explore where the boundary lies between trade and crime in medieval England. It will feature, among other things, bribery, extortion and counterfeiting.

For the purposes of the thesaurus, we decided to limit the domain to ‘trade’, as opposed to ‘trade and commerce’, and we decided to define ‘trade’ as the exchange of money (or something of equivalent value) for goods. In relation to illegal/immoral trading, this meant that words relating to any kind of monopolizing would be included, but that illegal practices involving money more generally, such as bribery, ransom or extortion, would not be.

The words that made the cut

The words relating to illegal or immoral trading that made it into the thesaurus include:

Anglo Norman ‘Engrosser’ and its equivalent Middle English word ‘Engrossen’, meaning ‘the action of buying (any article) in large quantities with the view of obtaining a monopoly’ (quote from online OED definition of ‘engrossing’ (n.))

Anglo Norman ‘Regrater’ and its equivalent Middle English word ‘Regraten’, meaning ‘to buy up (commodities, esp. food) in order to resell at a profit in the same or a neighbouring market’ (quote from online OED definition of ‘regrate’ (v.)).

As you can see, there is a strong similarity between the French and English words in the examples above. As a project team we are interested in whether words such as these are code switches or simply lexical borrowings. Etymologically, it is interesting to note that it in the case of ‘forestal/for(e)stal’, Anglo Norman appears to have adopted a word of Old English origin, whereas in the case of ‘engrosser/engrossen’ and ‘regrater/regraten’, Middle English has adopted words of Old French, Latinate origin. These examples not only demonstrate how much potential overlap there could be between the two languages, but also the complexity of the etymological situation. 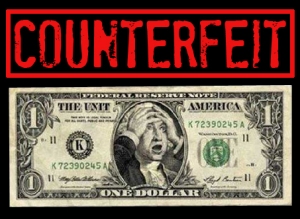 That’s right! Counterfeiting, specifically the practice of creating false money, did occur in the medieval period, as is evidenced by, for example, Anglo Norman and Middle English words for counterfeit money – Anglo Norman ‘fause moneie’ and Middle English ‘countour’, meaning a counterfeit coin. We decided to include the practice of counterfeiting money because although arguably illegal and/or immoral, it does involve the exchange of (real) money or some equivalent for goods, which in this case happen to be counterfeit bank notes and/or coins.

And last but by no means least, smuggling! 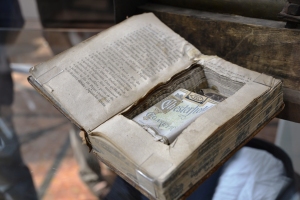 The photo shows cigarette smuggling with a book

Smuggling, or the secret importation of goods, was included as a practice within ‘Trade’ in the thesaurus. We included words relating to importing and exporting goods, and as this is the essentially the illegal version of this, we decided that it should be included. Crucially, for our purposes, it involves the transportation of goods. Interestingly however, there were relatively few words for the practice of smuggling in either of the Middle English or Anglo Norman dictionaries. The only really relevant word appears to be ‘passer’, an Anglo Norman word for smuggler. Smuggling undoubtedly went on, but, perhaps because it was an illegal practice, it appears to be less well documented than some of the more above board practices associated with trade.

The words that didn’t make the cut..

Although we decided not to include words for extortion, ransom or bribery because they do not involve the exchange of money for goods, there are some still very interesting words associated with these practices, which will be discussed below. 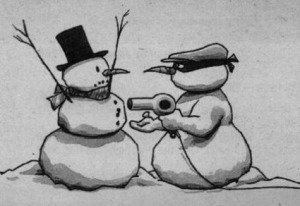 The Middle English word ‘extorcioun’ and indeed its modern English equivalent ‘extortion’, meaning ‘the action or practice of extorting or wresting anything, esp. money, from a person by force or by undue exercise of authority or power’ (quote from online OED definition of ‘extortion’), comes from the Old French word ‘extortion’. Indeed, the Anglo Norman word for extortion is, you’ve guessed it, ‘extorsion’. 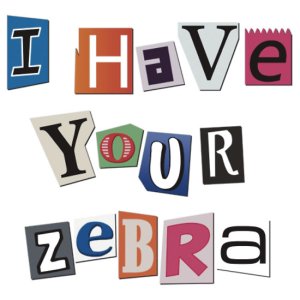 Ransom, generally understood today to refer to either the practice of holding a prisoner or item to extort money or property to secure their release, or the sum of money involved, was likely to have been a fairly common practice in medieval England, judging by the number of words associated with it in the Anglo Norman and Middle English dictionaries (henceforth referred to as the AND and MED). Words relating to ransom in Anglo Norman include: ‘apesement’, ‘finance’, ‘raindre’, ‘rancer’, ‘rançun’ and, ‘redempcion’, which meant ‘ransom to secure remission of physical punishment’ (see the AND entries for all these words for more information).

Some examples of Middle English words relating to ransom include ‘deliveraunce’, ‘finaunce’, the relative of our modern word ransom, ‘raunsoun’, which is of Old French origin, and ‘redempcioun’ (see the MED entries for more information). Again, as we saw above in relation to words for engrossing, regrating and forestalling, there are a number of overlaps between the lexis of the two languages, ‘finance/finaunce’, ‘rançun/raunsoun’ and ‘redempcion/redempcioun’ being cases in point. 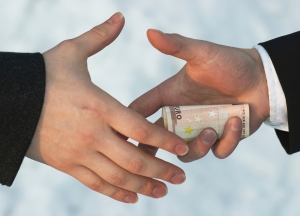 There are also several words in both languages associated with bribery, or ‘the act or practice of giving or accepting money or some other payment with the object of corruptly influencing the judgement or action’ (quote from online OED definition of ‘bribery’ (n.)). However, the blog would like to focus on the Middle English phrase ‘handi-dandi’ (thanks to Dr. Izabella Hopkins for alerting us to this).

‘Handi-dandi’ is defined by the MED as ‘the conveying of a bribe (secretly, as in a game of handy dandy)’.

In case anyone is wondering, the game of handy dandy is a child’s game, where one child guesses in which closed hand the other holds some small object, winning the object if right and forfeiting an equivalent if wrong.

It’s a strange and imaginative way of referring to bribery, illuminated by the following quotes (all taken from the MED entry for the phrase):

‘And prayed hym for his handydandy help hym at his nede’. a1500

That’s all for now. We hope that you’ve enjoyed this month’s blog post; thoughts and comments welcome.

One thought on “Illegal trading in medieval England”